Posted by Jonathan Pile on Wednesday, September 12, 2012
A New survey by CIPD this month has revealed some fascinating facts. Firstly nearly  1 person in 3 in the workforce has  line management responsibilities, making Britain’s army of managers not the estimated 4 million but a staggering 8 million people, leading 16 million others. Many of these 8 million people have received no formal management training or have a clear understanding of their legal responsibilities of duty of care under employment or safety legislation.  They also have an overly high opinion of their abilities, in the survey 80% of the managers considered that their staff were satisfied or very satisfied with their management . All very good except that only 58% of their staff agreed , meaning that out of the 8 million managers, 20% of them think that their staff don’t rate them (1.6m managers) and 22% think their good but their staff disagree (1.76m) 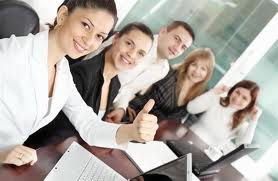 The mismatch in perception is interesting, in the survey while 61% of managers claim to meet fortnightly with employees to discuss workload and objectives, only 24% of employees agree with this frequency, while 90% of managers claim to coach their staff, only 40% agree and while 75% of managers claim to discuss their employees career development in one to one, just 38% agree this happens. The conclusion is that only a third to a half of British Managers are really any good and the rest are working to an inflated model of reality.   This would equate to the 23% who  hold a management  qualification and the 16% who hold no management training. A damning statistic is that while 63% of managers claim to always give praise and recognition, only 19% of their employees agree.  While 51% of managers claim to always discuss their employee’s wellbeing only 19% agree.  The failure to do this leading to disengagement, low productivity, reported stress and a quest to leave the organisation.
What is clear is that Managers are not following up in key areas to check that objectives have been met and that communication has been received , understood and implemented.  In the field of safety this process is integral and unavoidable to systems. If such a reality gap has opened up in Leadership and Management what % of Britain’s 8 million managers are suffering from a reality gap on safety leadership?  How many of the 8 million have attended a Safety course for Managers such as the IOSH accredited standard – IOSH Managing Safely?
If economic and business success is gained by leadership which inspires employee engagement to go the extra mile, if not go into battle for their manager and company then a staggering 3.4 million managers are holding by business success and economic growth by a lack of leadership competence and training.
The good news is that leadership training top’s – Learning & Development Managers key priorities for 2012 from industry surveys- whether all of the 8 million are sent on courses this year is doubtful however .
http://www.compileconsulting.co.uk/news.php
http://www.cipd.co.uk/pressoffice/press-releases/reality-gap-capability-UK-8
Next post: Compile...
Previous post: Is a Training...